Arby’s welcomes the 2019 Lenten season with the return of its popular 2 for $5 Fish Sandwiches deal.

For a limited time, Arby’s restaurants are offering your choice of any two fish sandwiches for just 5 dollars.

This year’s deal includes the Crispy Fish and the Cajun Fish Sandwich.

As mentioned in a previous article, the Crispy Fish Sandwich features fish fillet and iceberg lettuce drizzled with a delicious tartar sauce sandwiched between a sesame seed bun.

The Cajun Fish Sandwich features a crispy fish fillet, lettuce, and Cajun spread all sandwiched between a sesame seed bun.

Unfortunately, Arby’s new 2 for $5 Fish Sandwiches deal does not include the King’s Hawaiian Fish Deluxe.

The new promotion is available at participating Arby’s restaurants for a limited time through the 2019 Lenten season.

Prices may vary in Alaska and Hawaii. 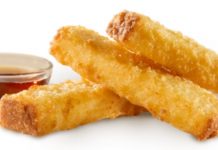 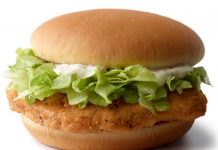 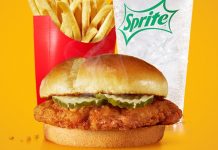