Arby’s gears up for Lenten season with the launch of the 2 for $6 Fish Sandwiches deal.

For a limited time, the chain is running a promotion where you can get your choice from a selection of three fish sandwiches – Fish ‘N Cheddar Sandwich, Crispy Fish Sandwich, King’s Hawaiian Fish Deluxe Sandwich – for just $6 bucks.

The Crispy Fish Sandwich consists of a wild-caught Alaskan Pollock topped with shredded lettuce and tartar sauce on a sesame seed bun.

You can find the 2 for $6 Fish Sandwiches deal at Arby’s locations nationwide for a limited time. 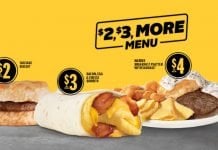 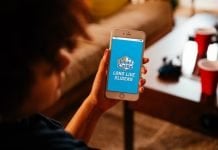