Burger King just added the Impossible Whopper to menus nationwide and says customers can’t get enough of it.

The Impossible Whopper carries a suggested price of $5.69 at my local Burger King. And you can add a slice of cheese for an additional 30 cents, though prices may vary by location.

You can find the plant-based Whopper sandwich at participating locations nationwide, while supplies last.

Mini Review of the Impossible Whopper

Although it looks and feels like a real Whopper sandwich, the new plant-based burger has that recognizable bean-like aroma coming from the lab-grown patty, plus it’s less salty, and it doesn’t have that chargrilled flavor that made its classic beef counterpart one of the most popular fast-food menu items of all time.

The Impossible sandwich is really big, and it’s loaded with mayo. But I enjoyed the lettuce, the pickles, and the tomatoes, they were on point as they usually are.

This plant-based sandwich is a good option for those looking to avoid meat, but personally, I prefer the good old Whopper sandwich that put the chain on the map.

Have you tried the meatless Whopper at Burger King? Let us know what you think down in the comments. 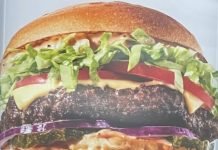 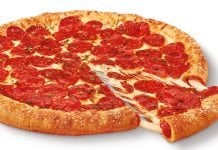 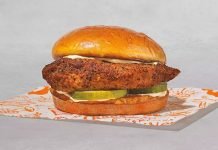