Burger King adds a third sundae to the menu with the nationwide launch of the new M&M Chocolate Sundae.

Burger King offered the M&M Chocolate Sundae at some locations back in January, when they introduced the Vanilla Shake with M&M’s Chocolate Candies.

Burger King Fiji also offered the sundae back in 2016 as part of its Sundae with M&M Minis promotion, which featured creamy and velvety soft serve topped with your choice of chocolate, strawberry, or caramel sauce, and sprinkled with M&M Minis.

In 2011, BK offered a similar product here in the US, Mini M&M’s Sundae, which consisted of vanilla soft serve topped with chocolate and caramel sauce, and sprinkled with M&M Minis.

You can find the M&M Chocolate Sundae at participating locations across the country for a suggested price of $1.99 (may vary). 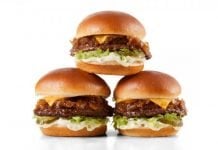 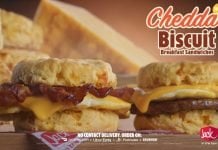 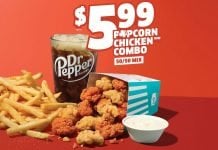 Jack In The Box Fries Up New Mac & Cheese Bites