The Double Loaded Omelet Biscuit is back on the menu at Hardee’s for a limited time.

Originally introduced in 2014, the Double Loaded Omelet Biscuit remains one of Hardee’s most popular Made From Scratch Biscuits ever.

The returning fan-favorite comes with two egg omelets loaded with melted American cheese, crumbled sausage, bacon, ham, and cheddar cheese, all stacked on a freshly baked Made From Scratch Biscuit.

The Double Loaded Omelet Biscuit is available during breakfast hours only at participating locations nationwide for a suggested price of $3.99. You can also get it as part of a combo with small Hash Rounds and a small drink for $5.99 (may vary). 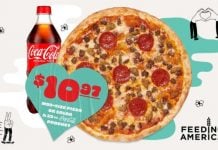 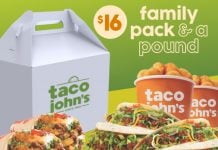 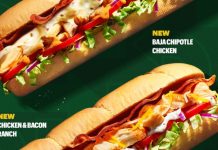