Little Caesars adds the Thin Crust Pepperoni Pizza to the menu once again, but this time it’s more expensive. Not much more expensive, just 49 cents more than what it cost last year when it was priced at 6 bucks.

The Extramostbestest Thin Crust Pepperoni Pizza features a crispy, flaky, thin crust topped from edge to edge with a delicious blend of Muenster and mozzarella cheeses and it also comes loaded with a generous portion of pepperoni slices.

Little Caesars says that the returning pizza is a “mouthwatering creation that will have you asking, How does such a thin crust withstand the weight of all those toppings.”

The Thin Crust Pepperoni Pizza carries a suggested price of $6.49. But prices may vary depending on where you live.

Little Caesars’ Extramostbestest Thin Crust Pepperoni Pizza is available HOT-N-READY at participating Little Caesars locations every day from 4:00 to 8:00 pm. Fans can also order ahead and pay in advance using the chain’s mobile app, then collect the order using Pizza Portal pickup. After placing an order via the Little Caesars app, the app will notify customers when the order is ready. 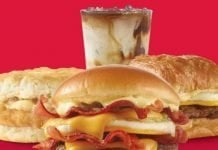 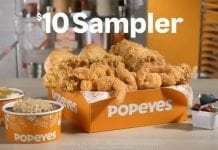 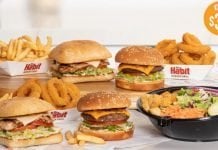