Yesterday, the fast-food giant officially announced the launch of the new menu items, which will be available nationwide starting Wednesday, September 11, 2019.

The rumors were true. Earlier this year, we found out that McDonald’s was adding the new spicy sandwich and tenders—which come tossed in the chain’s new Spicy BBQ Glaze—to the menu at some point and now that moment is here.

Here’s what you can expect to find on the menu at a McDonald’s restaurant near you:

Spicy BBQ Glazed Tenders feature the chain’s classic Buttermilk Crispy Tenders, battered and breaded, and then hand-tossed and perfectly sauced in McDonald’s new Spicy BBQ Glaze, which according to a press release, contains a hint of jalapeno.

The Spicy BBQ Chicken Sandwich carries a suggested price of $6.79, while a 4-piece order of Spicy BBQ Glazed Chicken Tenders goes for $5.99 (may vary).

McDonald’s new spicy chicken sandwich and spicy chicken tenders will be available at participating locations across the country starting September 11, 2019 for a limited time.

Both the new chicken sandwich and tenders are already available at some locations.

Have you tried them? If so, which one did you like best? Let us know down in the comments.

McDonald’s also said in the press release, “we can’t wait to show you what’s next.” 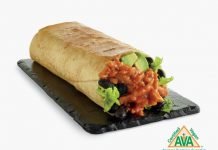 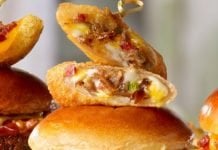