Schlotzsky’s pads its Smokecheesy lineup with the addition of two new sandwiches:

Both Smokecheesy sandwiches are available at Schlotzsky’s locations nationwide for a suggested price of $9.49, but prices may vary.

The nutritional information for the new Smokecheesy sandwiches is not yet available on the chain’s website. However, we’ll update this page when they add the information to the nutrition spreadsheet. 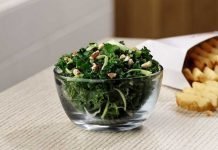 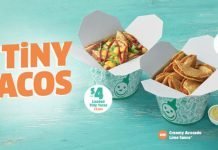