Taco Bell is giving fans more of what they love by debuting a new item that has the longest shell to hit the menu. It’s called the Triplelupa, and it will be available at participating locations nationwide starting Thursday, March 12, 2020.

The Triplelupa is a new take on the chain’s iconic Chalupa that combines three mini chalupas to create the longest shell in the Taco Bell’s history. The new menu item, which is 9.25 inches long, comes with double the seasoned beef, lettuce, tomatoes, and a three-cheese blend. One end has Nacho Cheese sauce, and the other has Chipotle sauce, while the mini shell in the middle features a blend of both sauces called Cheesy Chipotle.

Taco Bell’s new Chalupa innovation will be available starting at $3.49, but, as always, prices may vary.

First tested in SoCal in 2018, the Triplelupa will hit menus across the country on March 12. And it will only be available for a limited time.

Have you tried the Triplelupa at Taco Bell? Let us know in the comments below. 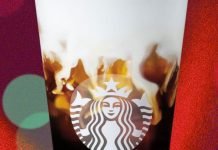 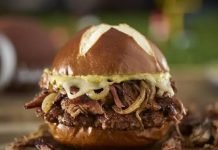 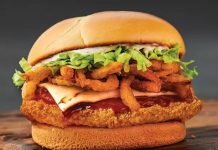