Tim Hortons joins the breakfast wars with the introduction of the new 2 for $5 French Toast Breakfast Sandwiches deal.

In Canada, when available, Tim Hortons French Toast Breakfast Sandwich is available in four options: with sausage or bacon, and served between two slices of plain French toast or French toast drizzled in maple syrup.

In the U.S., Tim Hortons French Toast Sandwich consists of a fluffy egg omelet, topped with a savory sausage patty and melted American cheese, all sandwiched between two slices of warm French toast.

Note that this deal is only available in the United States, so there’s no need to mix and match because there’s only one option.

You can find the 2 for $5 French Toast Breakfast Sandwiches deal at participating Tim Hortons restaurants nationwide for a limited time.

Have you taken advantage of this deal yet? Let us know in the comments below. 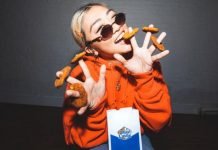 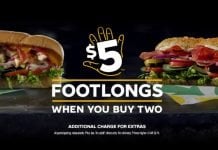 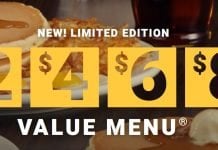