Taco Bell is launching an upgraded version of its famous Chalupa that comes with cheddar cheese baked into the shell. The new Toasted Cheddar Chalupa is set to drop next week at participating locations nationwide on September 12, 2019.

The Toasted Cheddar Chalupa takes a 6-month aged sharp cheddar cheese and bakes it onto the shell to create a crispy blanket of texture and flavor, resulting in what’s described as “a whole new cheese experience.”

The Toasted Cheddar Chalupa comes filled with the option of seasoned beef, steak or chicken, and piled with diced tomatoes, lettuce, grated cheddar cheese, and reduced-fat sour cream. Too bad it doesn’t come with warm nacho cheese sauce inside. You can ask for it, but you’ll probably have to pay extra for that.

Taco Bell’s new Toasted Cheddar Chalupa will be available starting at $2.49, but once it launches, you can also get it as part of a $5 Box Combo which includes two Crunchy Tacos and a medium soda. Just keep in mind that prices may vary by location.

Described as a “cheesy Taco Bell twist on a club sandwich,” the Bacon Club Toasted Cheddar Chalupa will carry a suggested price of $3.29 (may vary).

The new Toasted Cheddar Chalupa will be available for a limited time at participating locations nationwide beginning Wednesday, September 12, 2019.

Have you tried the new cheddar Chalupa? Let us know what you think down in the comments. 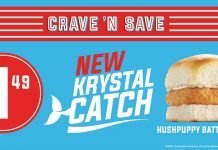 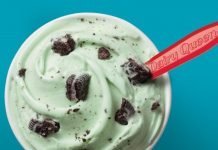 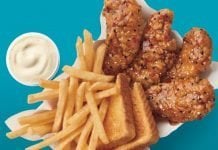