Whataburger adds sizzle to the menu with the launch of the new BBQ Bacon Burger.

The new menu item consists of two large beef patties topped with three slices of bacon, smoked cheddar cheese, Monterey Jack cheese, diced onions, pickles, and BBQ sauce on a large bun. You can also get it on Texas Toast or without the bun at no extra charge.

The BBQ Bacon Burger is available a la carte for $7 and as part of a Whatameal with medium fries and a medium drink for $9.25. There’s also a Jr. version on the menu which features all the same ingredients, but with a small beef patty and on a 4-inch bun that costs $5. Prices may vary by location.

You can find the new burger at participating Whataburger locations nationwide for a limited time. 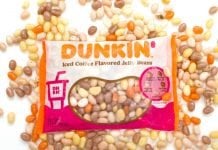 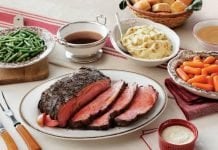 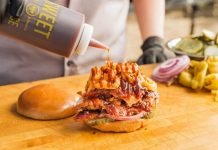