For a limited time, Wingstop is running a promotion called “Full Flavor Fix” featuring 15 whole wings which encompass both flats and drums in three of the chain’s 11 flavors. The deal also includes a large order of seasoned fries and two dips for just 18 bucks.

Available wing flavors include guest favorites such as Lemon Pepper and Spicy Korean Q. But don’t expect to find Harissa Lemon Pepper and Ancho Honey Glaze on the menu because (as you probably already know) those were only available for a limited time.

For those unfamiliar, chicken chains usually break up the wings into smaller pieces that comprise both drums and flats. And although Wingstop is going against the grain on this one, I’m sure chicken wing fans will not be disappointed. 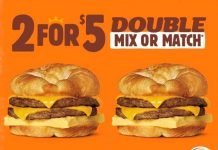 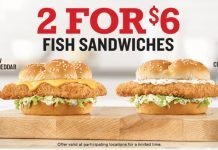 Arby’s Puts Together 2 For $6 Sandwiches Deal 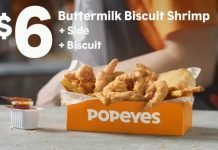