Yeah, you read that right. The Florida-based hamburger chain is selling Whopper sandwiches for just 1 cent at McDonald’s.

Don’t worry, you don’t have to go into a McDonald’s restaurant and place an order to be eligible for the offer.

Getting within 600 ft should do the trick.

If you really want to get your hands on one-cent Whoppers, this is what you need to do:

First, download the BK app if you haven’t already.

Then go to a McDonald’s restaurant near you and order a Whopper sandwich for 1 cent using BK’s mobile app.

After ordering the sandwich, the app will show you where to pick up your order.

Pick up your one penny Whopper within one hour in a Burger King restaurant near you.

Burger King explained in a statement that the app unlocks the reward by geofencing all McDonald’s locations across the U.S.

So if a guest is inside one of these geofenced areas and has the new Burger King App installed on their device, the app will unlock the WHOPPER sandwich coupon for a penny promotion.

“Once the 1¢ Whopper sandwich order is placed, the user will be ‘detoured’ away from McDonald’s, as the app navigates them to the nearest Burger King restaurant for pickup.” Burger King added in the press release.

This is the biggest discount ever on the chain’s most popular menu item, so grab yours while you still can.

The Whopper Detour promotion will be available until December 12, 2018 at participating locations nationwide. 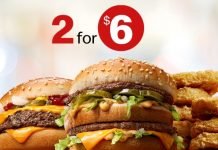 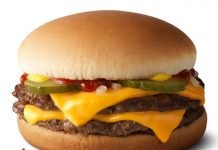 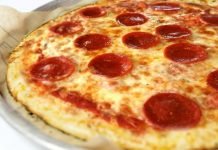 Perdue ThanksNuggets Are Back For A Limited Time