After a successful test run at select locations in Florida, Texas, and Eastern-area restaurants last year, Chick-fil-A has announced that the Kale Crunch Side is now available nationwide as a permanent “side option with any lunch, dinner, kid’s meal, or catering order.”

The new Kale Crunch Side features a blend of Curly Kale and Green Cabbage tossed with a Dijon Mustard vinaigrette and apple cider, and topped with salted, crunchy Roasted Almonds.

Chick-fil-A says that Kale Crunch Salad falls under the “classic side” category, so it won’t cost more when ordered as part of a meal.

It’s also worth noting that the Kale Crunch Side is replacing the Superfood Side as a lighter option to pair with an entrée such as the Chicken Sandwich or the Chicken Nuggets.

While prices may vary by location, my local Chick-fil-A charges $2.09 for a Kale Crunch Salad.

The new side item is available now at participating locations across the country as a permanent menu addition. 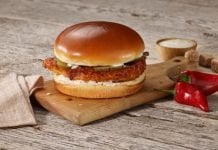 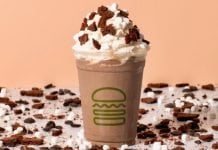 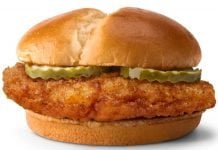