Chili’s introduced the 3 for $10 menu last year in August along with an updated version of the Dinner for 2, also known as 2 for 20 deal.

However, the chain went back and updated both offers once again in November 2018 to make them even more appealing to guests all over the country.

Today, Chili’s 3 for $10 menu is stronger than ever, and apparently there’s no turning back. What started as a limited-time offer is now a permanent menu option available on the Chili’s menu nationwide.

Chili’s 3 for $10 comes with an appetizer, one entrée, and a drink. Appetizers include the chain’s fresco, Caesar, or house salad, a bowl of chili, chips and salsa, or one of the following soups:

Entrees include Chicky Chicky Spice, Original Chicken Crispers, and Baked Smokehouse Pasta, among many more. You can see the full list of entrees below:

The menu also includes a beverage. You can choose between a 32 oz soft drinks, milk, coffee, and Iced Tea or Blackberry Tea. A plethora of choices priced at just 10 bucks.

Chili’s is also still offering the 2 for 20 menu which allows you to get 2 full size entrees and an appetizer to share with a friend for just $20.

The 3 for 10 menu is available at all Chili’s locations nationwide. Prices and selections may vary at some locations. 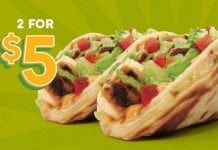 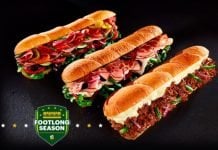 Buy 2 Footlongs, Get One Free Deal Is Back At Subway 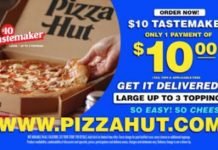