Subway looks to make their new Sliders even tastier with the introduction of new customization options at participating locations nationwide.

According to documents shared by a Subway insider, the new customization rules allow guests to:

It’s worth noting that some stores still don’t allow slider customization. However, most already do, and the rest will surely follow suit because it will lead to more sales.

Although customization is still limited, it’s a vast improvement compared to when they were first launched.

With that said, prices remain the same at $1.89 per slider. But prices may vary and are higher in Alaska and Hawaii.

Have you tried the new Sliders at Subway yet? Let us know in the comments below. 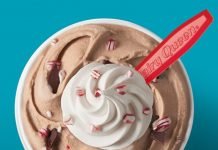