After a five-year hiatus and years of perfecting the recipe, Taco Bell is reviving the Quesalupa for a limited time starting today and, this time around, it comes loaded with 50% more cheese inside its double-layered shell than in its previous iteration.

The Quesalupa features a crispy chalupa shell stuffed with a blend of melted pepper jack and mozzarella cheeses from edge to edge, and inside it are the brand’s signature flavors including seasoned beef, shredded cheddar cheese, crispy lettuce, fresh diced tomatoes, and cool reduced-fat sour cream.

For those looking for a vegetarian option, participating Taco Bell locations are also introducing a Black Bean Quesalupa that swaps out the seasoned beef for black beans.

Although a lot has changed since the Quesalupa was last seen on the menu back in 2016, the chain’s most filling lupa’s has remained a great value. The Quesalupa will be available at participating locations for a suggested price of $2.99 a la carte, or $6.99 for a combo that includes a Quesalupa, two Crunchy Tacos, and a large fountain drink.

Please note that Early Access is only available on Wednesday, March 10, 2021, and redeemable only via the Taco Bell mobile app for in store and drive-thru pickup orders, at participating Taco Bell locations in the US, while supplies last. The Early Access offer is not available with a web pay-ahead, pickup order, or delivery order. And you must be a registered user in the Taco Bell app to get early access.

Are you excited about the return of the Quesalupa? Will you be trying the new Black Bean Quesalupa? Let us know what you think down in the comments below. 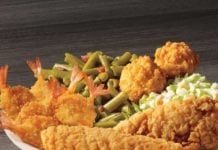 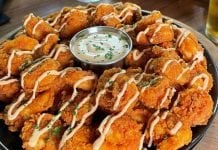 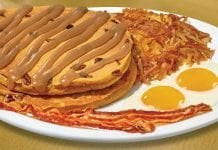