Just in time for the holidays, Krystal is sweetening up its desserts menu with the introduction of the new Glaze Bombs and the return of their popular Eggnog Shake at participating locations.

While prices haven’t been announced yet, you can expect to pay around $2.99 for the Eggnog Shake. Prices may vary.

Both the new Glaze Bombs and the Eggnog Shake will be available nationwide beginning November 23, 2020. 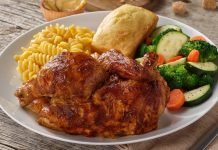 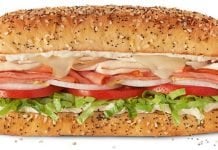