Subway has a new S’mores Cookie on the menu, but it’s only available for a limited time. I had the chance to try it over the weekend, and I really enjoyed the new offering. So, without further ado, here’s what I think about Subway’s S’mores cookie.

The S’mores Cookie is your typical Subway chocolate chip cookie but with marshmallows baked in and topped with a drizzle of chocolate syrup.

The new cookie is a bit more chewy and sweet than the average Subway cookie, but when compared to other S’mores cookies released in the past by other fast-food chains, these are much better in my opinion. And the best part is, they really do taste like homemade S’mores.

And although it’s one of the sweetest and chunkiest cookies I’ve tried at Subway, it’s not nearly as chewy or as sweet as the Hershey’s Toasted S’mores Cookie released by Pizza Hut back in 2016. In fact, Pizza Hut’s version of the S’mores cookie didn’t even taste like the real thing.

Subway’s version of the S’mores cookie is just the regular chocolate chip cookie they’ve had in the past, but with big chunks of marshmallows on it.

Overall, it was a pleasant experience. However, I still prefer the Raspberry Lemonade Cookie released in March earlier this year.

The new S’mores Cookies at Subway are 220 calories each. You can find them at participating locations nationwide for a suggested price of 69 cents. Prices may vary. 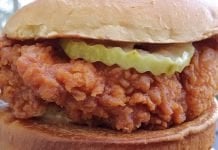 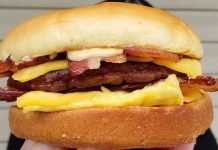 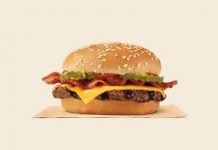